A new Laid-Back Camp mobile game is apparently on its way according to the franchise, with a cute teaser video uploaded to the official Twitter account today.

The video shows main character, and best girl, Rin Shima out camping and relaxing by her tent at night, while enjoying the glow of the fire and a hot drink.

According to the tweet, more details about the game will be released starting in March. 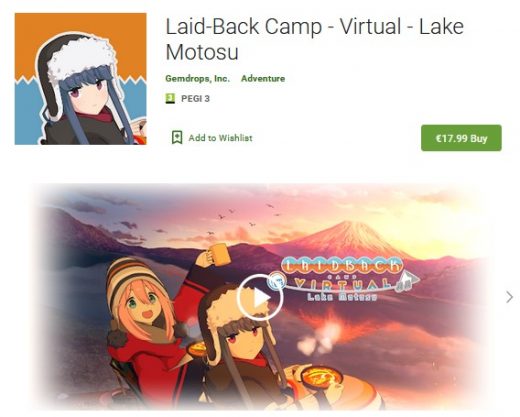 Of course, as a massive Laid-Back Camp fan (the anime has been my #1 show since I watched the first episode, and that will likely never change), I am thrilled a new Laid-Back Camp mobile game is on its way.

A price far too expensive for a mobile game, in my opinion, and what seemed like nothing more than a money grab on the back of a popular anime series.

Probably why no Laid-Back Camp fan I know bought them then. Including myself.

If the franchise manages to keep the upcoming Laid-Back Camp mobile game at €10 or under, however, I can see it being successful.

And, at that kind of price point, I would snatch the game up in a nanosecond.