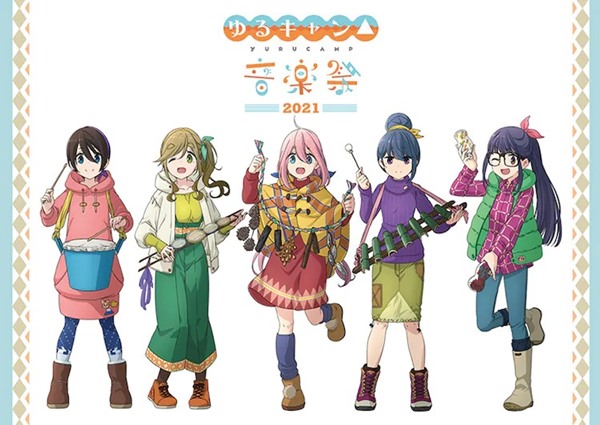 As if it isn’t cool enough for anime fans that a Kyoto Animation Music Festival was announced last week, it now seems a Laid-Back Camp Music Festival is also in the works.

The concert will also be streamed via the eplus streaming service Streaming+, and there will even be an exclusive franchise pamphlet available for purchase for 3,000 yen (around $30).

The concert will feature music by the Laid-Back Camp Orchestra, along with composer of the anime’s gorgeous music Akiyuki Tateyama making an appearance.

The anime’s theme song singers Asaka and Eri Sasaki will also be performing. (Listen to Asaka’s ‘Shiny Days‘ and Eri Sasaki’s ‘Fuyubiyori‘ down below).

And, as if that wasn’t enough, the Laid-Back Camp cast — Nao Toyama (Rin), Yumiri Hanamori (Nadeshiko), Aki Toyosaki (Aoi), Sayuri Hara (Chiaki), Rie Takahashi (Ena) — will be on stage performing as their characters. 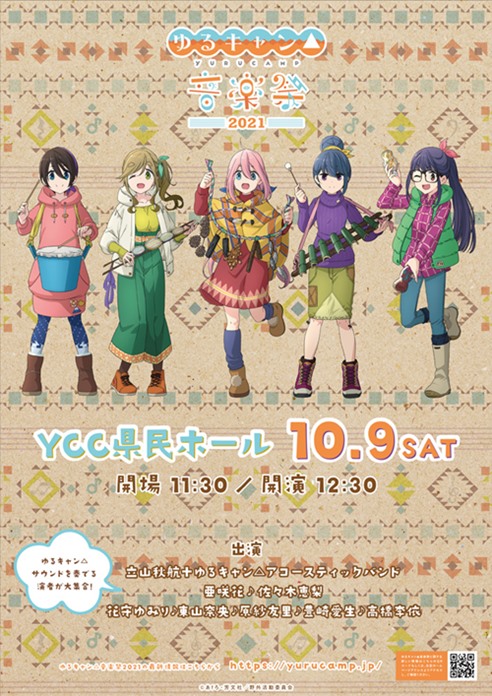 The only downside to what sounds like a superb event? The cost of tickets for the streaming concert as, at 4,400 yen (around $40), that is quite expensive for an online show.

If you’re up for the cost, though, you can purchase streaming tickets for the Laid-Back Camp Music Festival via eplus now.

And, of course, before you purchase tickets, remind yourself just how beautiful the show’s music is, and just how adorable our favorite girls are, by watching both seasons of Laid-Back Camp (aka Yuru Camp) via Crunchyroll.