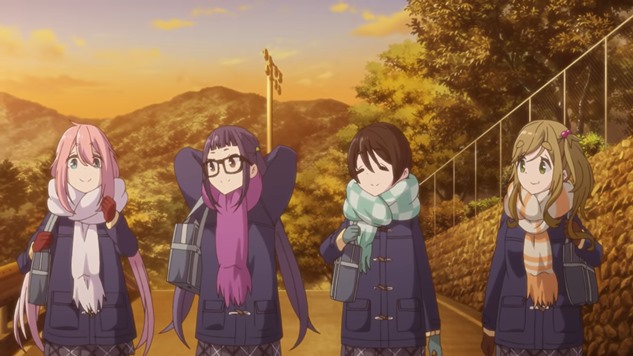 The official website for the Laid-Back Camp anime has released a special 90-second music video promoting the second season of the series.

A video that features Eri Sasaki singing ‘Haru yo, koi’ — a song made famous by one of the most iconic singers in Japanese contemporary music — Yumi Matsutoya.

‘Haru yo, koi’ (aka ‘Come, spring’ — 春よ、来い) was originally released by Yumi Matsutoya on her 1994 album The Dancing Sun, and has became one of the most well-loved songs in Japan in recent years.

A video that shows our favorite Japanese campers — Rin, Nadeshiko, Aoi, Ena and Chiaki and new girl Ayano — preparing to go on a camping trip, enjoying the view of Mount Fuji, thrilled with a view of the rising sun, and enjoying everything camping in the Japanese countryside brings.

Including the joys of spring. 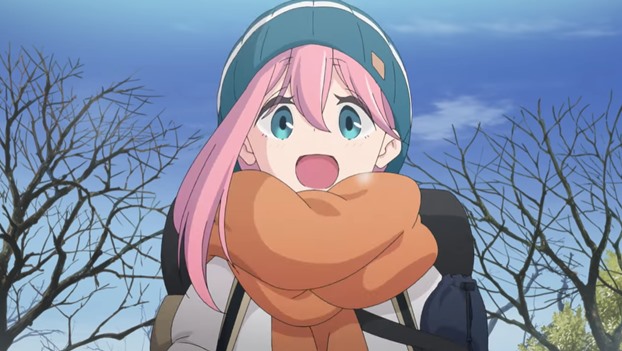 Eri Sasaki, of course, is also the singer of Laid-Back Camp Season 2’s ending theme song “Haru no Tonari’ (aka ‘Next to Spring’  (はるのとなり).

Laid-Back Camp Season 2 is currently streaming on Crunchyroll with the 10th of 12 episodes due to be aired tonight.

The series follows on from season one, which was aired from January to March, 2018, and last year’s spin-off series ‘Room Camp‘.

Watch the just released special Laid-Back Camp music video Koko nimo Haru ga Kurunda below, and do notice just how gorgeous the graphics are and just what a perfect song Eri Sasaki’s ‘Haru yo, koi’ is when it comes to welcoming spring.

You can also hear Yumi Matsutoya’s original version of ‘Haru yo, koi‘ in the Spotify player below that. It really is lovely song, whether or not you understand Japanese.

Special Note: Oh and, until this week, I had never heard of Japanese singer Yumi Matsutoya. Now I am a huge fan, and am binge listening to everything she has ever recorded. Because….wow!!!