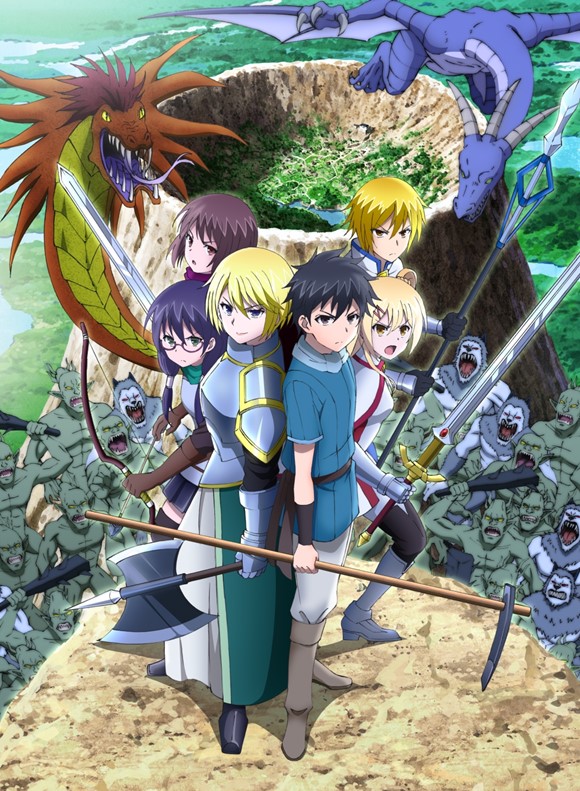 While the first season of isekai anime I’m Standing on a Million Lives didn’t fare particularly well in the west when it comes to fan love (well, I loved it!), the show’s second season is doing quite a bit better.

With today’s release of a powerful new I’m Standing on a Million Lives key visual (see above), more anime fans may be intrigued to check it out, considering the graphic features all the show’s heroes standing firm while surrounded by a screaming horde…and dragons.

Count me in, she sounds cool!

The I’m Standing on a Million Lives anime (aka Hyakuman no Inochi no Ue ni Ore wa Tatteiru) in Japan, is based on the manga series by writer Naoki Yamakawa and illustrator Akinari Nao.

In the upcoming 6th new game quest, however, the anime will be taking a detour from events in the manga, adding to the show’s intrigue.

I’m Standing on a Million Lives is directed by Kumiko Habara and is being animated by Maho Film.

Seasons 1 and 2 of the series are currently streaming on Crunchyroll.