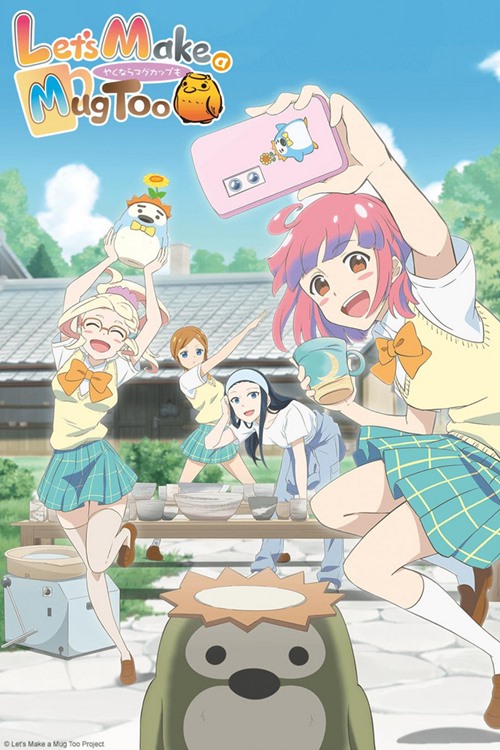 Along with the anime’s opening theme song, it is one of the cutest anime themes in quite a while and, today, a clean closing animation featuring ‘Pale Blue‘ by Aya Uchida was uploaded to YouTube just in time to fuel my obsession even more.

The anime series is currently airing in Japan on CBC TV, BS11, TOKYO MX and AT-X, and streaming outside Japan on Crunchyroll.

Listen to the Let’s Make a Mug Too ending theme song in the just-released no credit animated ending video below. It really is adorable.