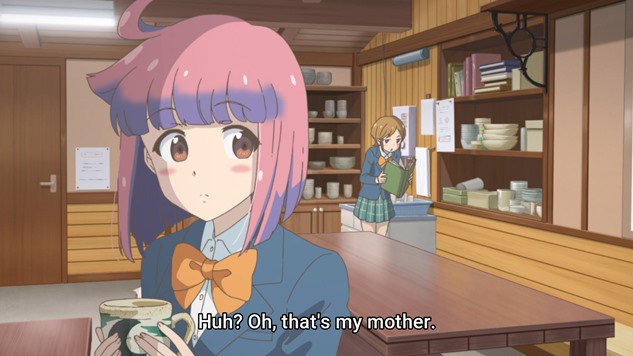 The new slice-of-life cute girls doing cute things anime series Let’s Make a Mug Too (akaYakunara Mug Cup Mo in Japan) is currently airing on Crunchyroll and, from that site’s users at least, it is getting stellar reviews so far.

Not surprising as, if you love an anime with pretty artwork, catchy opening and ending theme songs, and adorable girls, Let’s Make a Mug Too has all of them.

It also has a cute story that, while not anything profound, easily holds your attention for the 14 minutes or so of each episode (yes, it is quite short). 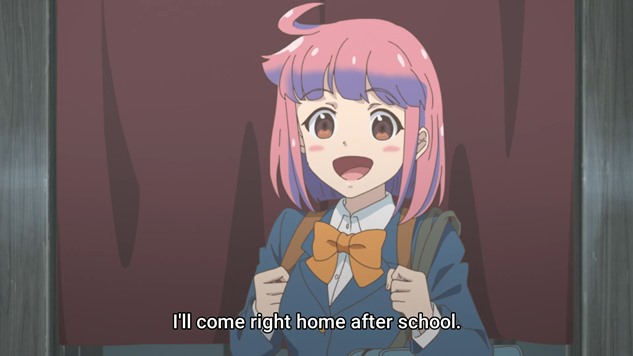 Let’s Make a Mug Too Episode 1, ‘Welcome to the Pottery Club!‘ recap

The first episode of Let’s Make a Mug Too opens as protagonist Himeno and her father have just moved to Tajimi city, the town where her late mother grew up.

In the opening scenes, Himeno is leaving for her first day at her new school and, as she leaves, promises her father and grandmother she will return home early to help with the cafe they run.

Her grandmother tells her not to rush home as the first day at the cafe will not be busy. Instead, she should learn about the school clubs and spend time making new friends.

Himeno, however, wants to join a home economics club and, as the school does not have one, she tells her grandmother she will just come home instead. 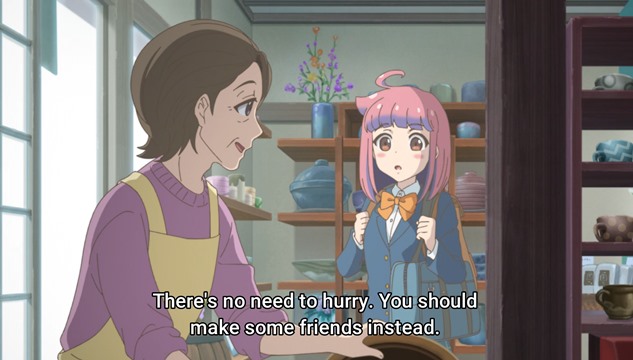 Once at school, Himeno introduces herself to her new classmates by telling them her dad’s company went bankrupt and, because they didn’t have anywhere else to go, decided to move to her mother’s old home town.

She then uses her time in front of her new classmates to show off the cute coffee cups from her father’s cafe, and to promote the cafe itself. (How smart is she?) 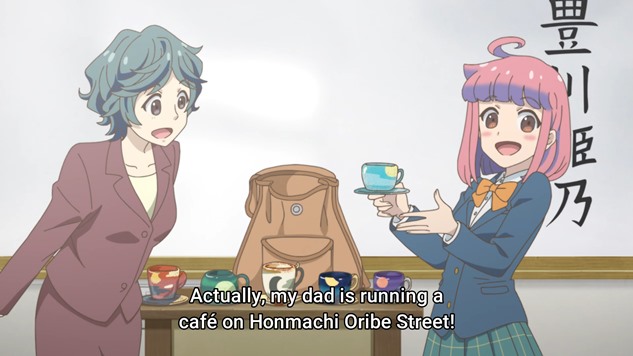 As she is showing off the cups, however, a girl in her class called Kukuri Mika notices how beautiful they are, decides Himeno must have made them herself and rushes to hug her calling her “a kindred spirit”.

Himeno is shocked at the girl’s forwardness and doesn’t know what to say.

Meanwhile, back at the cafe, Himeno’s father is commenting how quiet it is. Her grandmother says regulars from other cafes won’t come there so easily, as they don’t like to cheat on the cafes they already go to. Tourists will probably show up later in the day though.

At school, Mika has taken Himeno and her next-door neighbor Naoko to the pottery club as she wants her to join. When they open the door of the very impressive club house, Himeno recognizes the smell of the clay but isn’t sure why she does as, to her knowledge, she has not been to a pottery workshop before.

When Mika tells Himeno to show her cups to another club member, Touko, she recognizes the cup style and exclaims “There’s no doubt. All the cups are by Tokigawa Himena”, and asks Himeno where she got them.

Mika then becomes incredibly excited, shows Himeno a magazine article about her mother and tells her she is a very famous potter. Himeno had no idea. 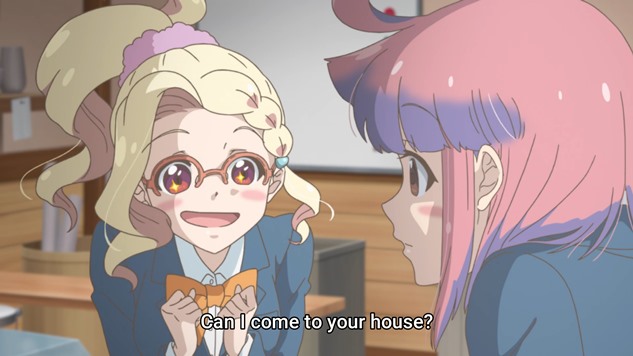 But, when Mika excitedly asks why her mother stopped throwing pots and if she can come to her house to meet her, Himeno tells her “Sure, you can come to my house, but my mother isn’t there. She died when I was four”.

Touko then shows Himeno the seat where her mother used to throw pots and, after a flashback where she remembers her mother making pots, she suddenly says “I want to try making pots myself”.

As Touko instructs Himeno on how to throw a bowl while the other girls watch, she does very well until she tries to fix a mistake and the pot falls apart.

Mika is very excited Himeno wants to try pottery, and asks if she will come to the club again. Himeno responds she will be helping her father at the cafe. But, as they are walking home, she imagines her mother as a school girl walking towards her and tapping her on the shoulder smiling. And she smiles. 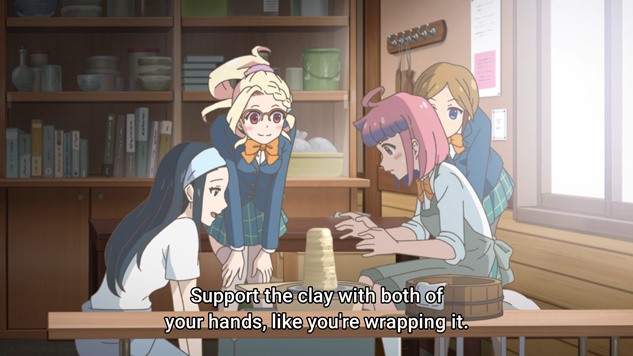 That’s why, when Himeno’s father asks her how school went, she tells him it was fun and that she advertised the cafe to her classmates. She then asks him if she can join a club and her father replies that she can.

But, when she says it’s the pottery club, her father gets up from the table and walks out. A couple of minutes later, she finds him sitting in front of her mother’s shrine and asks him if there’s a problem.

He tells her he will talk to her in a minute. He then talks to the photo of his late wife and tells her he will take care of Himeno so that, even if she becomes absorbed in pottery, he will not let her get sick. (Apparently Himeno’s mother became ill due to her obsession with pottery?)

Back in the cafe, Himeno’s father gives her a cup of sakura tea and tells her it is drunk when celebrating something changing and with a wish that something new will blossom.

He then tells her she may join the pottery club.

You can watch the first episode of Let’s Make a Mug Too on Crunchyroll. The second episode has also been uploaded, along with several live action videos featuring the anime’s four lead voice actresses.

More episodes will be forthcoming as they are released in Japan.