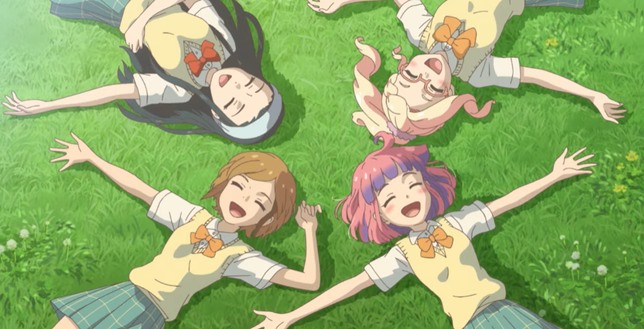 As if the new Let’s Make a Mug Too anime series wasn’t cute enough in its own right (don’t you just love those girls?), a clean copy of the opening animation has just been uploaded to YouTube along with the Let’s Make a Mug Too opening theme song — “Tobira wo Aketara” (“When You Open the Gate“) sung by MUG-MO.

The 1.30 second video shows off all our favorite girls, the slice-of-life anime series’ gorgeous art style and that utterly adorable and fabulously upbeat Let’s Make a Mug Too opening theme song with its lovely child-like vocals.


Watch the animated video below.

Let’s Make a Mug Too is based on the manga series by Osamu Kashiwara, and is an anime series in the vein of popular series like Non Non Biyori and Laid-Back Camp.

The anime has just begun streaming on Crunchyroll and tells the story of Toyokawa Himeno who has moved to Tajimi city with her father. The city is where her late mother was born, and Himeno is soon attending her mother’s old school.

Not long after she starts school, her classmate Kukuri Mika invites her to the pottery club where she learns her mother was actually a legendary potter. Soon, Himeno has joined the world of pottery and is loving it just as much as her mother once did.