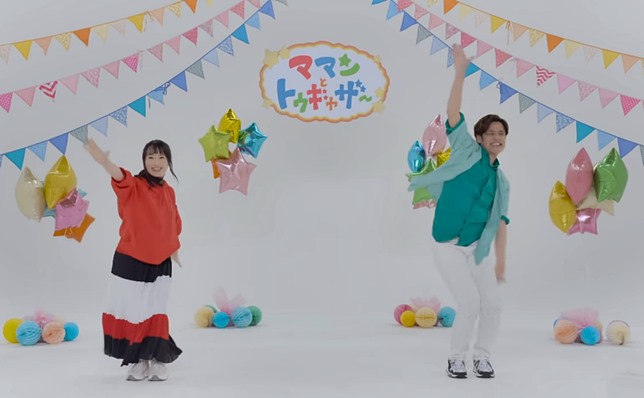 The pair dance to ‘ABC Taisou’, and then joke together about the dance moves.

Watch the ‘ABC Taisou‘ dance movie below, and then compare it with the original Life Lessons with Uramichi Oniisan animated opening below. And do notice how the pair sing “A, B, She” through the entire song.

The official ‘ABC Taisou’ CD was released on July 7th in Japan.

The anime is currently streaming on Funimation, and is based on the popular manga series by Gaku Kuze.