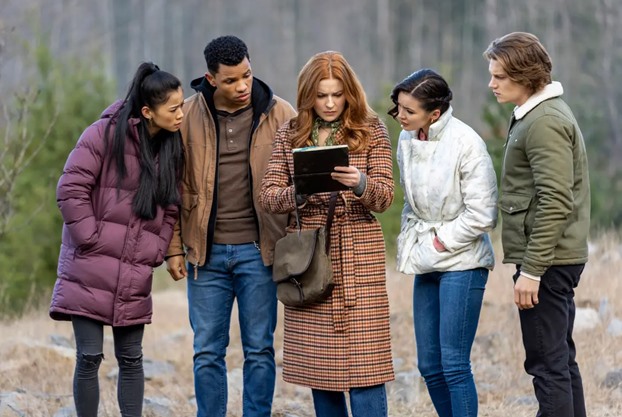 American psychedelic rock indie pop singer songwriter Alexandra Savior’ ‘Send Her Back’ was that dreamy song featured on Nancy Drew this week — Nancy Drew, Season 2, Episode 11, “The Scourge of the Forgotten Rune” — which was aired on April 7th, 2021.

The song was heard as Nancy and the Drew Crew are trying to defeat the Norse God and have to keep erasing their memories.


Alexandra Savior’s ‘Send Her Back‘ is from the Portland, Oregon native’s second studio album The Archer, which was released in early 2020 via indie label 30th Century Records.

The album was released after a disappointing time for Savior when her original record album Columbia dropped her after not liking the tracks she submitted for her second album. When her manager also decided not to work with her anymore, Savior thought she was done with music and went back to school.

At that point American musician Danger Mouse signed her to his own record label 30th Century Records and her second album was ultimately released.

The album spawned three singles, and was released to critical acclaim.

Savior has also had several songs licensed for play on hit TV series in the last few years, including Riverdale, True Detective, The Walking Dead, Made in Chelsea and this week’s Nancy Drew episode.

Listen to Alexandra Savior’s ‘Send Her Back‘ from Nancy Drew in the video below and on her album The Archer. The track really is beautiful.

Nancy Drew is currently airing on The CW.