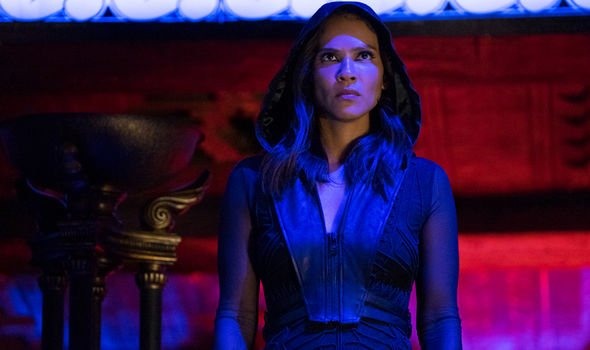 The song was heard as we watched that emotional scene as our favorite demon Mazikeen (Lesley-Ann Brandt) walks around her mother Lilith’s apartment knowing she will now never get the closure she needs.


Anderson Rocio’s ‘Paradise‘ is one of several songs the Auckland-based singer has had featured on popular TV series, but this one is a massive stand-out due to both the sweetly sad piano and addictive melody, and to Rocio’s powerful vocals.

Vocals that are tinged with Rocio’s quirky accent, giving them a lovely almost traditional Celtic feel you don’t often hear in pop songs.

The song is such a stand-out that, since two videos for ‘Paradise‘ — a lyric video and an official music video — were posted on the singer’s YouTube channel earlier this week, it has already garnered almost 68,000 views on YouTube alone.

The track has another 120,000 listens and climbing on Spotify, both things giving Anderson Rocio even more of the attention this talented 25-year-old singer deserves.

Watch both videos below, and listen to Anderson Rocio’s ‘Paradise‘ as featured on the new season of Lucifer on Spotify in the player below that.

And, of course, check out the New Zealand singer’s other work while you are at it as well, as she does produce some truly stunning stuff. so we are likely to be hearing a lot more from her in coming months.