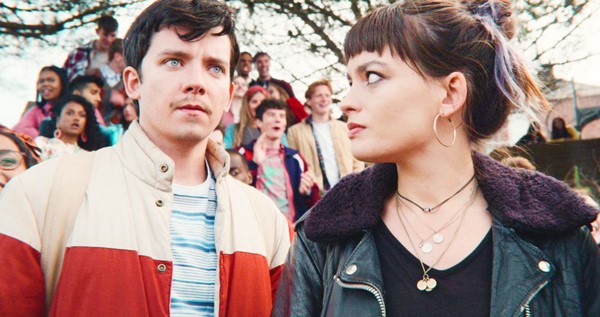 The iconic song ‘Hound Dog‘ showed up on the soundtrack of the new series of Sex Education this week — Sex Education, Season 3, Episode 1.

It played as Otis wakes up and begins to get ready.


And, of course, when you think of ‘Hound Dog‘, like most people you probably think of Elvis Presley. But, what you and most others probably do not realize is that Presley was not the first person to record and release the song.

In fact, that was an American R&B singer called Big Mama Thornton. She released ‘Hound Dog‘ in February, 1953, three years before Elvis released the song.

‘Hound Dog‘ was written by Jerry Leiber and Mike Stoller, and was released by Big Mama Thornton via Peacock Records.

It was such a huge hit for the before-then-largely unknown singer, it spent 7 weeks at #1 on the R&B chart, staying on the chart for 14 weeks in total.

Related: The iconic 1970s track ‘I Think We’re Alone Now‘ showed up on Sex Education this week, and it was fabulous

In 2013, Big Mama Thornton’s ‘Hound Dog‘ was also inducted into the Grammy Hall of Fame, as the song is considered one of the most important in contemporary music history due to its influence on Presley and on rock n’ roll.

Listen to Big Mama Thornton’s ‘Hound Dog‘ as heard on Sex Education this week in her original single release, and in the video of a gorgeous live performance she gave of the song in 1965.