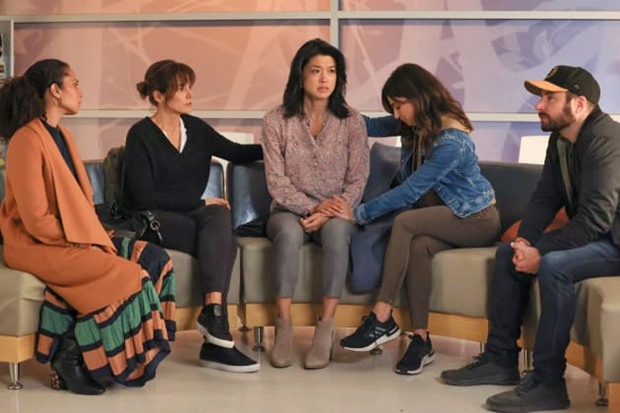 The ethereal sounding song was heard during the episode’s final montage as Rome goes to his mother’s grave and meets his father’s friend, Florence, as Sophie and Regina talk and as Sophie calls her mother.

Claire Guerreso’s ‘This Moment‘ is just one of many songs the singer has successfully placed on the soundtracks of TV shows, including Lucifer, Station 19, Sacred Lies, Pretty Little Liars, iZombie, Heartland, Nashville (several times) Nancy Drew, The Royals, Rookie Blue, Dynasty and Grey’s Anatomy (many times).

The Boulder, Colorado native has been targeting TV shows with her work since 2013 when she began recording music under her own name. Prior to that, Guerreso was the founder and a member of the group The Little Bear.

Guerreso’s last release was her 2020 EP Face to Face.

Listen to Claire Guerreso‘s lovely, hopeful ‘This Moment’ below, and it will be easy to hear why her songs have become so popular with so many TV show music supervisors.