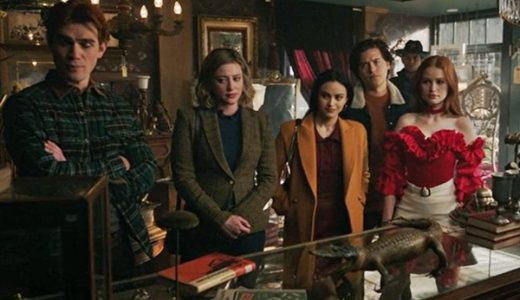 The bangin song was heard during the ending voice over, as the group are standing around the fireplace burning their belongings, and as Jughead announces he will not be destroying his grandfather’s book.


The track is from the rock duo’s third studio album Marriage, which came out in 2021 on the Cooking Vinyl label, and was written from the perspective of the two women (Lindsey Troy and Julie Edwards) and their relationship with each other.

A relationship that in some respects was so close, they even went to couples therapy to deal with how the relate to each other.

Marriage was not a big hit for the duo, but it was well-received by critics.

Listen to Deap Vally’s ‘Phoenix‘ from this week’s episode of Riverdale on their Marriage album, and in the video.