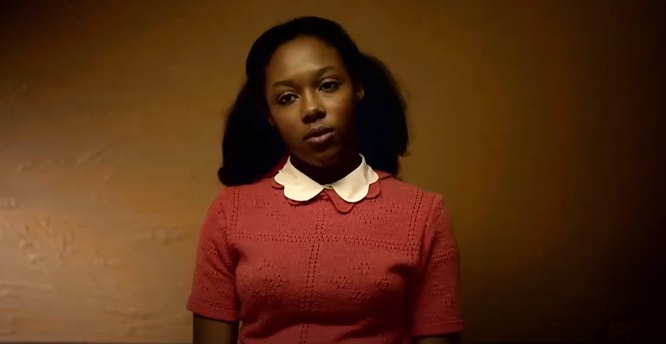 The song was played as Ethelrida is studying French, so it was extremely appropriate to the scene. (Listen in the video and on the album at the bottom of this article).


Edith Piaf’s ‘Le petit homme‘ is one of an enormous number of songs the French singer released during her quite short lifetime.

The song was released in late 1946, with lyrics by Henri Content and music composed by Marguerite Monnot.

Edith Piaf was born in 1915 into a poor family, but was abandoned by her mother at a very early age and so grew up in her grandmother’s brothel.

She began her singing career in her teens when she used to sing on the street. Piaf was eventually discovered by a nightclub owner who not only soon had her singing in his club, but also gave her the now-world famous nickname ‘The Little Sparrow‘.

Edith Piaf became the most famous in France during the Nazi occupation, however, as she still continued to perform in clubs and concert halls and to release songs. She also performed for the Nazis on many occasions, which caused her to be accused of being a collaborator after the war ended. (article continues below….)

The French government forced Piaf to testify about her performances during the war under threat of being banned from radio performances, but her secretary, who was also a member of the French Resistance, testified she had not only sung at prisoner of war camps but that she was also instrumental in the escape of several prisoners.

After the war, Piaf went on tours of Europe, the United States and South America, eventually becoming as famous around the world as she was in Paris. (article continues below…)

Listen to Ola Belle Reed’s ‘High on a Mountain’ from Fargo, Season 4, Episode 7. “Lay Away”

Edith Piaf died in 1964 at the age of just 47. Her death was due to an aneurysm that was caused by liver failure. Sadly, the singer had been an alcoholic and a prescription medication addict for decades, which doctors believed caused her death.

Listen to Edith Piaf’s ‘Le petit homme‘ from last night’s episode of Fargo in the video below, and on the 2008 compilation album The Best of Edith Piaf below that.

Fargo is currently streaming on FX, with the final episode of the latest season due to air on November 29th.