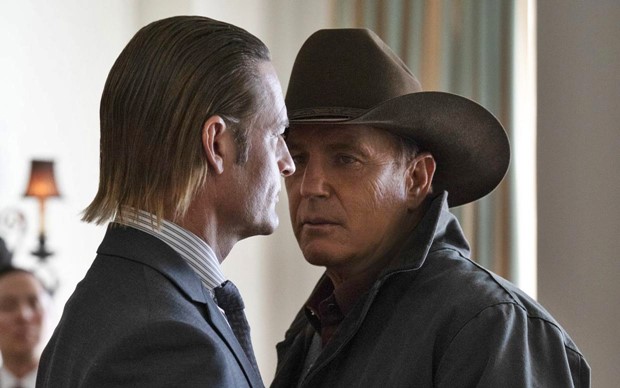 Take Elle King’s ‘Ain’t Gonna Drown‘, which was featured on the latest episode of the western-themed drama series Yellowstone this week — Yellowstone, Season 3, Episode 10, “The World is Purple” — the season finale.


King’s ‘Ain’t Gonna Drown‘ was heard playing during the montage as Laramie and Mia are getting their horses ready, Jamie is in his office, Mia tells Jimmy about branding and then everyone arrives in Jamie’s office.

At the time of its release, King’s debut album was called “promising” by AllMusic and her vocal abilities were praised by a number of other critics.

Listen to Elle King’s ‘Ain’t I Gonna Drown‘ as featured on Yellowstone on her album Love Stuff in the Spotify widget below.

She also has a gorgeous live performance of the song filmed at Nashville’s indie radio station Lightning 100 you should check out in the video below that.

As for Yellowstone, it continues to be one of the most popular shows on cable TV with this week’s season finale drawing a record 5.2 million viewers.

According to Neilsen, that placed it in the #1 spot for the most-watched cable telecast of the year. Wow!!