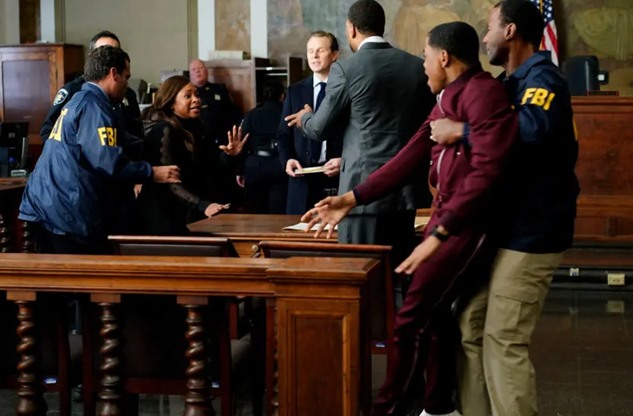 The Starz drama series Power Book II: Ghost continues to slay with the choice of songs on the show’s stellar soundtrack — this week with a couple of standouts, including Francci Richard’s ‘Mirror‘, which showed up on Power Book II: Ghost, Season 1, Episode 3, “Play The Game“.

The gorgeous track is played during the scene where Tasha’s legal team grab her and proceed to get her properly dressed so she has a more acceptable image for when she goes to court.

Francci Richard’s ‘Mirror‘ is a brand new release from the indie singer songwriter. It is also a rare solo outing for the talented artist.

In fact Richard, aka Francesca Richard, is a relatively unknown singer songwriter in her own right, but is recognized for a couple of superb songs released in collaboration with house artist Jack Wins.

The most notable song from that pairing is ‘Kill Me With Love‘, a fast-paced dance track released earlier this year that begs to be played on repeat.

You can listen to Francci Richard’s ‘Mirror‘ as featured on Power Book II: Ghost below, and then wonder why she isn’t more popular than she is?

Power Book II: Ghost Season 1 is currently airing on Starz. A few hours ago, the network announced the series has already been renewed for a second season.

No wonder really as the show’s premiere was the most-watched new series in the network’s history.