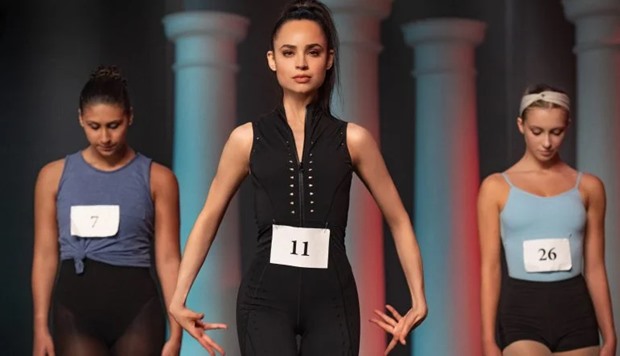 Occasionally I hear a song by a singer whose voice is so beautiful I immediately rush off to find out who he or she is.

When I do, and realize it is someone I am not familiar with, I then berate myself for having missed him/her before then.


Such is the case of South African-born, Canadian singer songwriter Francois Klark, the singer of that gorgeous song ‘Always‘ (Acoustic) that was heard during the Petal Dance scene in the new Netflix movie Feel the Beat.

The now Toronto-based singer songwriter has apparently been carving out a name for himself in the pop music scene for quite a while now.

He is a Universal Music Award winner, and has been a finalist in various songwriting competitions, so I’m damned if I know why I haven’t heard of him until now?

The track was initially used by Feel the Beat‘s choreographer Mia Michaels when she was running the auditions for the film. She then realized she loved the song so much, it needed to be included on the movie’s soundtrack.

Not surprising really, as Francois Klark’s ‘Always'(Acoustic) is not only a beautiful piece due to the melody and the lovely, touching lyrics but also because Klark’s voice is stunning.

Feel the Beat tells the story of April a would-be Broadway star who, after rushing to an audition in the rain and kicking a woman out of a taxi so she could take it, learns the woman is the powerful director she is auditioning to impress. While pleading with the director to give her a second chance, she accidentally manages to push her off the stage causing her to break her leg and her wrist.

Of course, April’s career on Broadway is soon over and she is forced to move back home, where she goes to work coaching a young girls’ dance team for an important competition.

Feel the Beat stars Sofia Carson, Enrico Colantoni and Wolfgang Novogratz and is directed by Elissa Down. The movie is currently streaming on Netflix.

Listen to Francois Klark’s ‘Always‘ from that movie in both his official music video and in the Spotify player below.