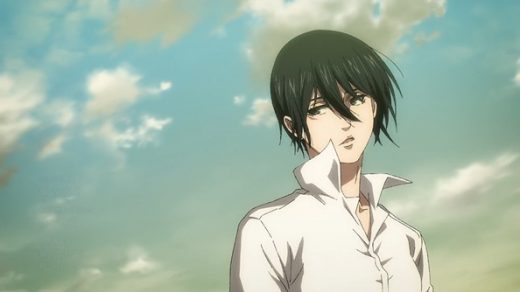 I have been more than just a bit of a fan of Japanese composer Hiroyuki Sawano ever since I added his The Seven Deadly Sins soundtrack and his Attack on Titan 2 soundtrack to a best anime soundtracks article.

Because, not only is this man incredible prolific with his compositions, but most of what he creates is powerful, incredibly emotional and memorable.

Take Hiroyuki Sawano’s ‘ətˈæk 0N tάɪtn‘ (aka ‘Attack on Titan‘), a dramatic instrumental piece that was first featured in a slew of episodes of the first season of Attack on Titan.

That track showed back up on the popular anime series this month during the final episode of its fourth and last season — Attack on Titan, Season 4, Episode 28, “The Dawn of Humanity“.

A track that was fitting for the intense drama of that episode, and one that helped set up the final events perfectly.

The entire soundtrack for that season has been available on Spotify for a couple of years now, and it is one I have had on repeat many times. But especially that dramatic track.

After all, there is something about Hiroyuki Sawano’s ‘ətˈæk 0N tάɪtn‘ with its somber rumbling beginning that quickly morphs into a massive instrumental piece accompanied by enormous chorals and a huge rock music-backed orchestra that is truly spectacular.

Especially as it ends with such a feeling of hope.

Listen to Hiroyuki Sawano’s ‘ətˈæk 0N tάɪtn‘ from Attack on Titan, Season 4, Episode 28, “The Dawn of Humanity” on the Japanese composer’s soundtrack for Season 1 of the anime, and in the video.

And, of course, watch Attack on Titan on Crunchyroll.