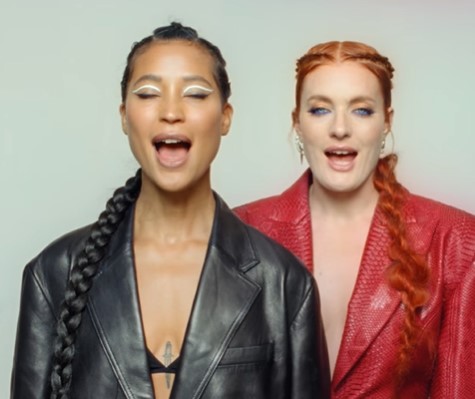 The song was played over the main titles.


Icona Pop’s ‘Feels In My Body‘ was released by the Swedish electropop duo’s in August last year as a stand-alone single.

A single that was relatively successful in the United States, making it to the #22 spot on Dance/Electronic Song Sales chart, but one that didn’t chart in the duo’s native Sweden.

The song itself is an upbeat dance number with a head-bobbing beat, and soaring vocals, and is a song that has had a lot of success on Spotify for Icona Pop, with over 10 million plays in just the last few months.

‘Feels In My Body‘ came with an official music video directed by Gustav Stegfors and Crille Forsberg and featuring the female pop duo dancing around a museum.

Listen to Icona Pop’s ‘Feels In My Body‘ as heard on The L Word: Generation Q, Season 2, Episode 9 last night in the song’s music video and on Spotify below.

Yep, we are coming to the end of this season of the drama. Sad.