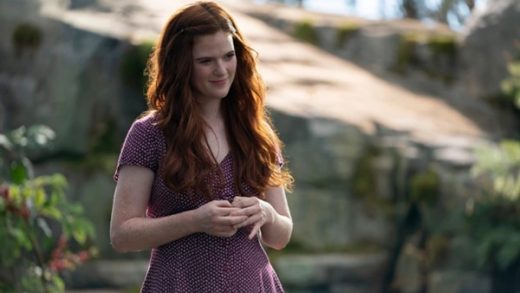 The track was played as 16-year-old Clare and her friends are watching the boys play in the pool, and talking about who they think is the hottest.


If you were above the age of about eight in 2003, you will definitely have recognized Jet’s ‘Are You Gonna Be My Girl?‘ while you watched that scene.

After all the song, which was the lead single from their debut album Get Born, was a staple on rock radio stations all over the United States, the UK and beyond for months after its release.

No surprise then that ‘Are You Gonna Be My Girl?‘ made it to #20 on the Billboard Hot 100, and #3 on the Modern Rock Tracks chart, and eventually charting on seven different charts in the U.S.

The song also hit #16 on the UK Singles chart, and charted in the Top 30 in six other countries.

‘Are You Gonna Be My Girl?‘ also came with a black and white video that had the band performing the song and then, cleverly, featured black ink pouring out of their equipment onto the ground until it created the cover art from their Get Born album.

Listen to Jet’s ‘Are You Gonna Be My Girl?‘ as heard on last night’s The Time Traveler’s Wife in that video, and on the Aussie band’s Get Born album.

You can watch The Time Traveler’s Wife on HBO Max.