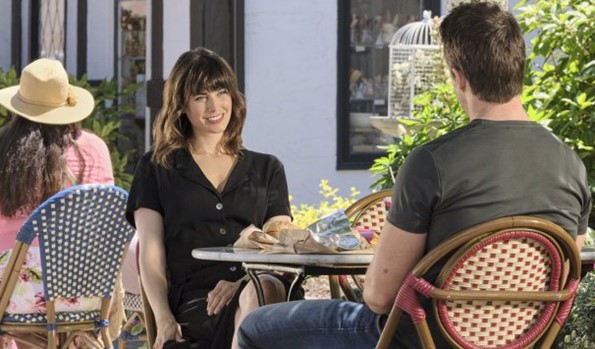 The piano-driven song was played at the end of the episode, and is notable for Radin’s gorgeous vocals and those lovely strings.

It was a lovely way to end the current season of Chesapeake Shores.

Joshua Radin’s ‘I’ll Be Your Friend‘ is from the Ohio native’s ninth, and most recent, studio album The Ghost and the Wall, which was released earlier this year via the Nettwerk label.

It is one of many songs Radin has had featured on a myriad of shows in the last few years, including series like Scrubs, The Practice, 90210, Brothers and Sisters, One Tree Hill, Army Wives, Grey’s Anatomy, House, The Fosters, Reign, Parenthood and Finding Carter.

Listen to Joshua Radin’s ‘I’ll Be Your Friend‘ on the singer’s recent album The Ghost and the Wall, and in the video below.

If you love the song, you will also find a myriad of other Radin-written and equally beautiful songs on Spotify.