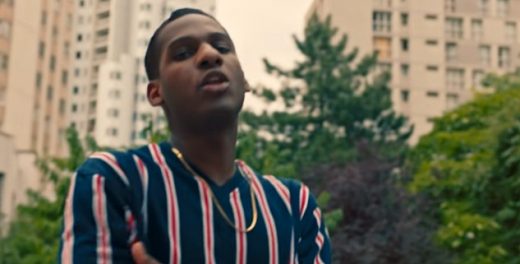 American neo soul singer songwriter and multi-instrumentalist Leon Bridges’ ‘If It Feels Good (Then It Must Be)‘ was that cool R&B song playing on the series finale of Roswell, New Mexico (Roswell, New Mexico, Season 4, Episode 13, “How’s It Going To Be“) last night.

It played as Maria thanks Rosa, then says she plans on proposing to Max.


Bridges’ ‘If It Feels Good (Then It Must Be)‘ is from the singer’s sophomore studio album Good Thing, which came out in 2018 on the Columbia record label.

An album that charted in 13 countries, doing particularly well in the United States where it ended up at the #3 spot on both the Billboard 200 and Top R&B/Hip Hop Albums charts.

It was also nominated for a Grammy for Best R&B Album.

The song’s music video features Bridges’ singing the song while dancing across a city bridge and out into a neighborhood, where he is joined by other people also dancing as they all move through the city together.

Listen to Leon Bridges’ ‘If It Feels Good (Then It Must Be)‘ from last night’s series finale of Roswell, New Mexico in the song’s official video, and on the singer’s Good Thing album.

RELATED: Counting Crows’ ‘Time and Time Again‘ was one of the stellar tracks played on the finale of Roswell, New Mexico — Listen