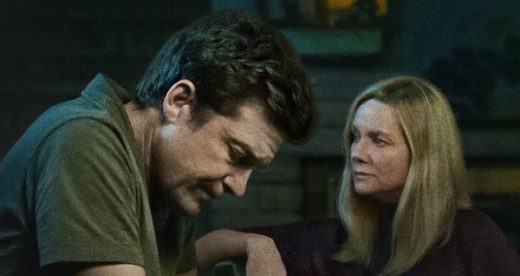 American rapper and songwriter Nas’ ‘N.Y. State of Mind‘ was played on the soundtrack of the final season of Ozark this month — Ozark, Season 4, Episode 8, “The Cousin of Death“.

The song was one of a number of Nas tracks that were featured on the show. It was played as Ruth is going to the motel, and then getting coffee, and again at the end of the episode and over the end credits.

Nas’ ‘N.Y. State of Mind‘ was released way back in 1994 on the rapper’s debut studio album Illmatic, which came out on the Columbia record label.

An album that was interesting as, while it was massively acclaimed by critics, being talked about as one of the most influential albums and best albums of the year, its sales were not particularly high.

Neither did any of its five released singles do particularly well.

Since its release, the album has become an iconic hip hop release, and was eventually placed on the National Recording Registry as a ‘culturally significant’ release.

As for ‘N.Y. State of Mind‘, while not released as a single, it has earned more than 200 million plays on Spotify and YouTube alone so far.

Listen to Nas’ ‘N.Y. State of Mind‘ from Ozark on that album, and in the video.

The final season of Ozark is now streaming on Netflix.