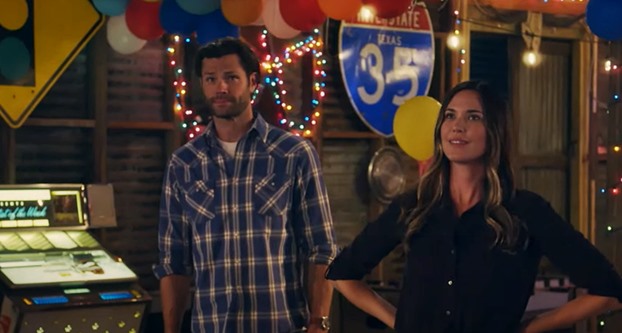 American singer songwriter Nathaniel Rateliff’s ‘Mavis‘ appeared on the soundtrack of the new The CW reboot Walker this week — Walker, Season 1, Episode 11, “Freedom” — an episode that aired on May 13th, 2021.

The song was played as Hoyt is proposing to Geri, and as she tells him about her kissing Walker.


Nathaniel Rateliff’s ‘Mavis‘ is from his most recent studio album And It’s Still Alright, which was released in 2021 via Stax Records.

The album was the singer’s first solo album since his 2013 release Falling Faster Than You Can Run as, since then, he has been releasing albums with his usual backing band the Night Sweats.

The solo album was a difficult one for him to write and record as it came right after his divorce, and after his friend and producer Richard Swift had died.

The album was successful for Rateliff though, charting in eight countries, with its highest showing in the United States where it hit the #5 spot on the Billboard Top Rock Albums chart.

Listen to Nathaniel Rateliff’s ‘Mavis‘ from last night’s episode of Walker in the video and on his album It’s Still Alright.

You can also hear more of this gorgeous and quite emotional music on his YouTube channel.