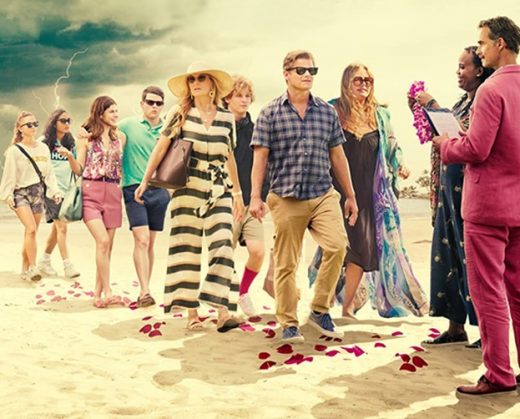 If you live outside Europe, you may not have heard of Italian singer Ornella Vanoni. Italy’s longest-famous pop singer, having been performing professionally for more than 60 years.

You may, however, have sat up and took notice during the latest season of the HBO comedy drama The White Lotus last night.


You know, during that scene where Tanya and Greg are having sex — The White Lotus, Season 2, Episode 1, “Ciao” — and where that classic-sounding Italian song was playing.

The song featured in the scene was Ornella Vanoni’s ‘L’appuntamento‘, (aka ‘The appointment‘ in English).

A track that was first released by the Italian pop singer on her album Appuntamento con Ornella Vanoni, which came out in 1970 via the Ariston Records label.

The song, translated from its original Portuguese, became a big hit for Vanoni at the time, and is now known as her signature track.

So popular was it, she re-released the song two years later on a subsequent album, but this time singing it in Spanish.

If you have heard Ornella Vanoni’s ‘L’appuntamento‘ at all, you will likely have watched the hit George Clooney/Brad Pitt movie Ocean’s Twelve, as it was also featured on that soundtrack.

Listen to Ornella Vanoni’s ‘L’appuntamento‘, as heard on last night’s episode of The White Lotus, in the video and on the singer’s Appuntamento con Ornella Vanoni album.

It’s one of those songs that, to me, sounds a little light and insubstantial at first, but you soon find yourself humming it hours after it ends.

Watch Season 2 of The White Lotus on HBO.