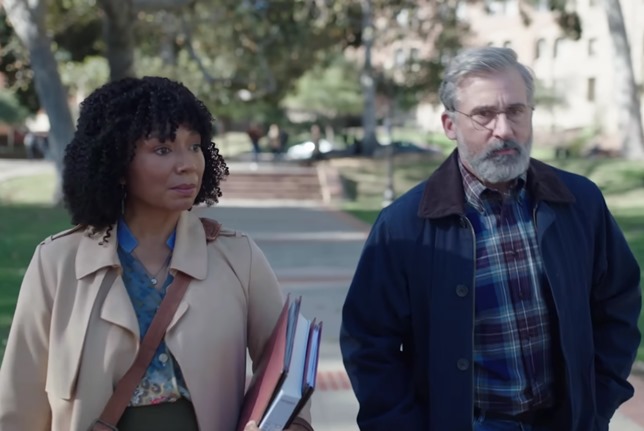 Legendary American singer songwriter Paul Simon’s ‘You Can Call Me Al‘ was one of the superb classic songs featured on The Patient last night — The Patient, Season 1, Episode 8, “Ezra“.


The song was played as Ezra is driving.

Paul Simon‘s ‘You Can Call Me Al‘ was released as the first single from the singer songwriter’s seventh studio album Graceland.

An album that became a big deal for the then 45-year-old artist after ‘You Can Call Me Al‘ made it to #2 in three countries, as well as into the Top 10 in eight countries.

Even more of a big deal after Simon’s previous album had been a huge flop.

Graceland was based on South African street music, and recorded in collaboration with several South African musicians, and became the artist’s most successful ever album.

It went on to win the Grammy Award for Album of the Year in 1987, and now appears on numerous critics’ lists as one of the Best Albums ever released.

Listen to Paul Simon’s ‘You Can Call Me Al‘ on the singer’s Graceland album, and in the song’s official music video.

You can also hear more songs from The Patient here on Leo Sigh and, of course, watch every episode of The Patient via Hulu.