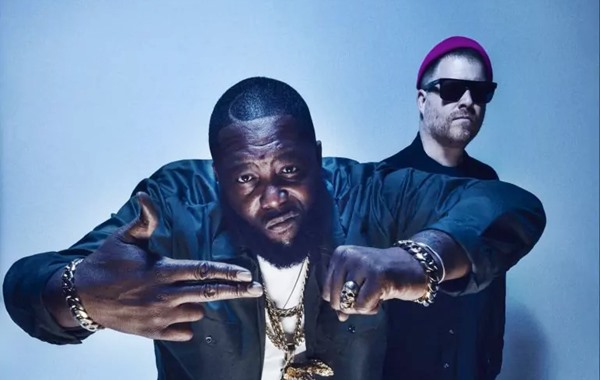 American hip hop supergroup Run The Jewels’ ‘the ground below‘ was featured on the latest episode of the animated series Invincible last night — Invincible, Season 1, Episode 7, “We Need To Talk” — which aired on Friday, April 24th, 2021.

The track was heard as Robot fights the Mauler Twins, but then his fight gets cut short because of the Omni-Man emergency.


Run The Jewels’ ‘the ground below‘ is from the duo’s fourth studio album RTJ4, which was released via their own imprint. Like every other album they release, the duo gave fans the choice of downloading it for free from their website or paying for it digitally.

A gamble that has paid off for them right from when they began offering the choice.

Especially as, even with the free version, RTJ4 still debuted at #10 on the Billboard 200 chart, becoming their biggest hit album so far.

The latest Run The Jewels‘ album was also massively loved by music critics, appearing on The Best Albums of 2020 lists by iconic media outlets like Consequence of Sound, Exclaim!, The Line of Best Fit, The Guardian, The Independent, Rolling Stone, Pitchfork, Slant, NME, Billboard and whole slew of others.

Listen to Run The Jewels’ ‘the ground below‘ from Invincible on that album (and listen to the album in full, as it really is that good!) below.

There is also a cool live performance of the song the duo gave at Holy Calamavote that is worth a watch.