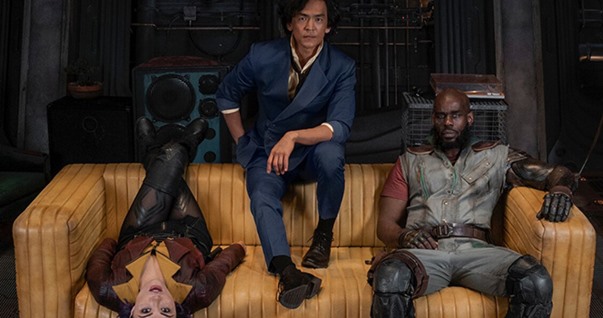 It is looking like the Cowboy Bebop live action space western series on Netflix may only be an average success as, let’s face it, it doesn’t capture what made the anime series wonderful at all. In fact, I would go further and say it’s downright miserable.

But, at least one thing the producers of the Cowboy Bebop live action series did get right was to bring back the Japanese-led band Seatbelts to perform much of the music on the show.

Seatbelts is headed by multi-instrumentalist and composer Yoko Kanno, a prolific composer who has written the music for anime like Kids on the Slope, Wolf’s Rain, Genesis of Aquarion, Escaflowne and, of course, the original 1990s Cowboy Bebop anime series.

That the producers of the new Cowboy Bebop live action series brought her back to compose the music for that show, and Seatbelts back to perform much of it, is one of the few highlights of the series.

Listen to Seatbelts’ ‘TANK!’ (Flix Mix) from Cowboy Bebop on the band’s soundtrack album for the series, and in the video below.

And do check out the list of Yoko Kanno’s work over the last 30 years or so, as it is simply immense.