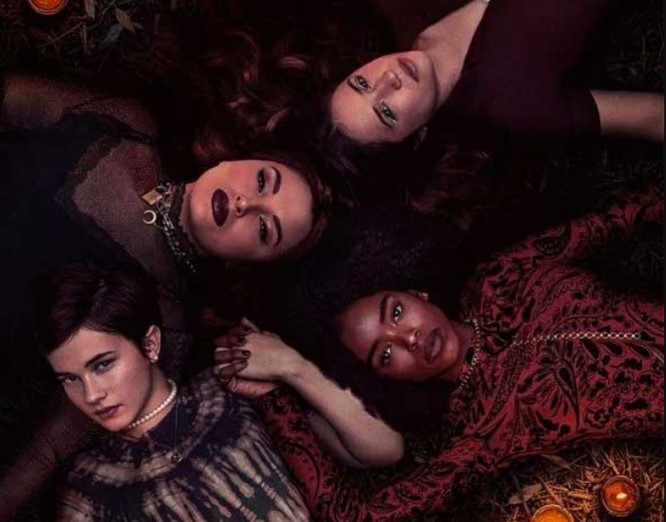 The just released supernatural horror film The Craft: Legacy features an entertaining enough story, but overall is not much to write home about. (I liked it, but I am a fan of the first movie so….).

It does, however, have several superb songs on its soundtrack, including Sharon Van Etten’s ‘Seventeen‘, which showed up on The Craft: Legacy during the scene where the girls are together performing magic.


Van Etten’s ‘Seventeen‘ is from her fifth studio album Remind Me Tomorrow, which was released in 2019 via the Jagjaguwar record label.

The album received universal critical acclaim, which was a quite astounding thing considering it was written while Van Etten was pregnant while also completing a degree in psychology, and starring in the TV series The OA.

The 10-track album charted in eight countries, including the United States and the UK. It made it to #11 on the Billboard Top Alternative Albums chart and to #3 on the UK Independent Albums chart.

It also ended up on an enormous number of Best of the Year lists from highly respected media like The Guardian, The Line of Best Fit, Paste, Pop Matters, Rolling Stone and NPR Music. (article continues below…)

Sharon Van Etten’s ‘Seventeen‘ was originally written by the singer songwriter about living in New York and about how things change fast, even if you hate it happening. Something that, she felt, shouldn’t be complained about it as it is just a natural progression of society and of life.

After all, “this too shall pass” can be attributed to just about everything.

Listen to the wonderful Sharon Van Etten’s ‘Seventeen‘ from The Craft: Legacy soundtrack in the song’s official music video.

The film stars Cailee Spaeny, Gideon Adlon, Lovie Simone, Zoey Luna, Michelle Monaghan, David Duchovny and Fairuza Balk,. It is now playing in movie theaters in the U.S. and abroad, as well as being available on video on demand.