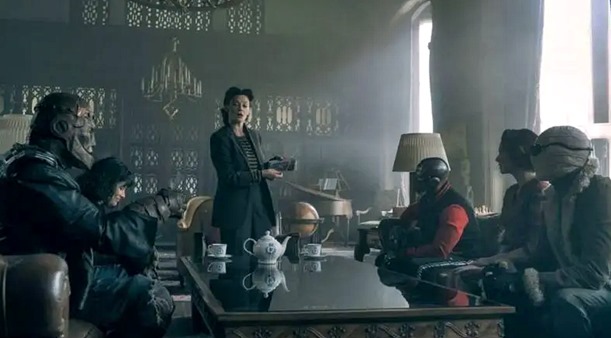 The track was played as the group is heading to see the infamous Sisterhood of the Dada. (And didn’t you just love them??!!)

Skegss’ ‘Testing‘ is a track from the rock trio’s debut studio album My Own Mess, which was released in 2018 via the Ratbag record label.

The album hit the #2 spot on the Australian charts, and was also nominated for an ARIA Award for Best Rock Album the following year.

‘Testing‘ itself is a raucous rock track with a helluva beat and a cool summer vibe.

Listen to Skegss’ ‘Testing‘ as heard on Doom Patrol in the video, and on the band’s debut studio album.