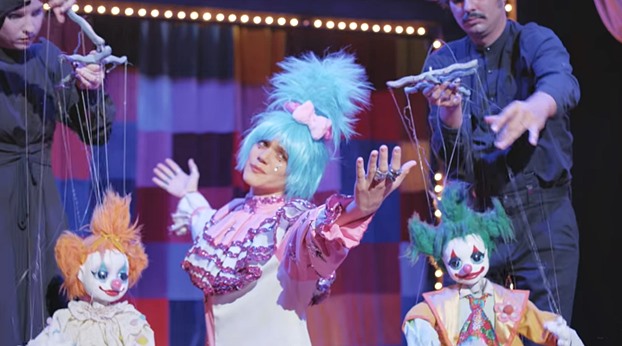 French singer songwriter and actress Soko’s ‘Being Sad Is Not a Crime‘ was featured on the new episode of Batwoman last night — Batwoman, Season 2, Episode 10, “Time Off For Good Behavior“.

The track is the lead single from the singer’s third studio album Feel Feelings, which was released via Babycat Records and Because Music in July 2020.


The song also came with a music video featuring the French singer performing in an empty theater in front of two men with marionettes. Interspersed into the footage of her performance are clips of her playing with a baby.

The album itself spawned five singles. All of which were similarly rich and beautiful.

Listen to Soko’s ‘Being Sad Is Not a Crime’ as heard on Batwoman in the song’s official music video, and on the singer’s studio album Feel Feelings below.

The second season of Batwoman stars Javicia Leslie in the title role and is airing on The CW.