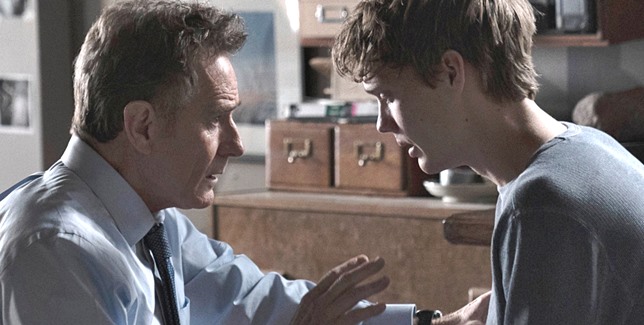 Canada-based folk duo The Barr Brothers’ ‘Saint Cecilia‘ was one of the songs played on last night’s episode of the Showtime crime drama series Your Honor — Your Honor, Season 1, Episode 5 (aired on January 3, 2021).

The song was one of two tracks that played in the background of a cafe as Adam (Hunter Doohan) is meeting Fia Baxter (Lilli Kay), Rocco’s sister, and flirting with her while telling lies that could ultimately put his own life in danger.

The Barr Brothers’ ‘Saint Cecilia‘ is a single released by the band in May, 2020 via Secret City Records Inc.

The track is the first release from the Montreal-based band since their third studio album Queens of the Breakers back in 2017.

Not that they were sitting around doing nothing as the pair spent much of the next year writing and recording the songs for the popular survival horror video game We Happy Few.

They also received the Félix award for Concert of the Year – Anglophone at the end of the same year. (learn more and listen to The Barr Brothers’ ‘Saint Cecilia‘ after the promo…)

Listen to Kevin Morby’s ‘Campfire’ from Your Honor, Season 1, Ep. 5

The Barr Brothers is real-life siblings Andrew and Brad Barr.

The American, Canada-based pair founded the indie folk band in 2006. A band that has continued ever since with a revolving group of musicians joining them depending on the album or the tour.

At the moment, the band just consists of Andrew and Brad. As the world gets back to normal after Covid-19, however, that is likely to change.

Listen to The Barr Brothers’ ‘Saint Cecilia‘ as heard on Your Honor in the video below, and keep up-to-date on upcoming concerts on the band’s website.

Your Honor starring Bryan Cranston is airing on Showtime.