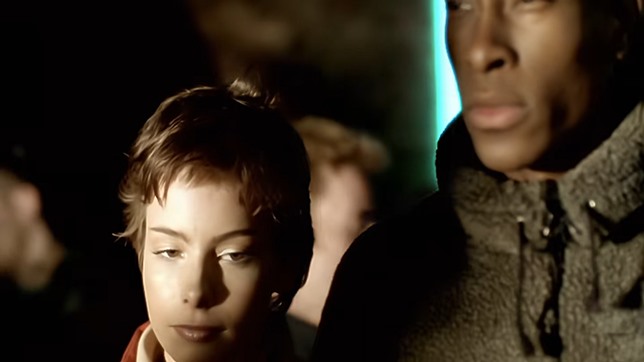 The Chemical Brothers’ ‘Block Rockin’ Beats‘ was played on the final episode of The Santa Clauses on Disney+ yesterday — The Santa Clauses, Season 1, Episode 6, “Chapter Six: A Christmas To Remember“.

The track was originally released as a single from the British duo’s second studio album Dig Your Own Hole, which was released in April, 1997 and went on to be a big hit for the pair.


The cool dance club track hit #1 on the UK Singles chart, as well as high on charts in nine other European countries.

‘Block Rockin’ Beats‘ also charted high in the United States on three charts, with its best showing at #5 on the Bubbling Under Hot 100 Singles chart.

It eventually received a Grammy Award for the Best Rock Instrumental Performance.

Since its release, several music critics have named it one of the best songs in contemporary music history.

Listen to The Chemical Brothers’ ‘Block Rockin’ Beats‘ as heard on The Santa Clauses on the pair’s Dig Your Own Hole album, and in the song’s music video.

That video, which was filmed in South London, follows a interracial couple hiding out in an apartment then being chased by armed undercover police.

After a car chase, and the pair trying to evade the cops by heading into an underground nightclub, it ends with the police cornering them in an alley and the pair being shot.