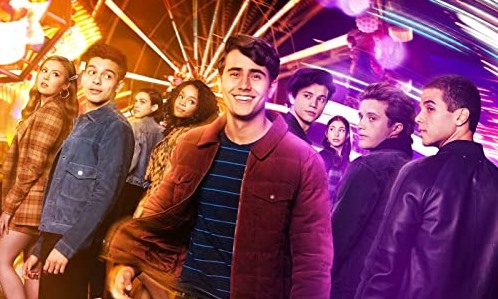 Canadian all-girl indie rock band The Courtneys’ ‘Silver Velvet‘ was one of the tracks played on the first episode of the latest season of Love, Victor this week — Love, Victor, Season 3, Episode 1, “It’s You“.

The Courtneys’ ‘Silver Velvet‘ was released on the band’s second studio album The Courtneys II, which came out in 2017.

As laid-back, mellow rock tracks go, it’s a cool one.

The album itself was named one of the Top 20 of that year by Pitchfork, and also placed on their Top 10 by the online magazine PopMatters.

As for The Courtneys, the band was founded in 2010 in Vancouver, Canada.

It comprises lead singer and drummer Jen Twynn Payne, Sydney Koke who plays bass and provides backing vocals, and Courtney Loove who is the band’s guitarist and also provides vocals .

A ‘Silver Velvet‘ music video was released that has various guys playing chess, skateboarding, riding a bike, and messing around with a ball in an alley next to a warehouse district.

In the background, The Courtneys are performing the song live.

Listen to The Courtney’s ‘Silver Velvet‘ as heard on Love, Victor in that music video, and on their The Courtneys II album.