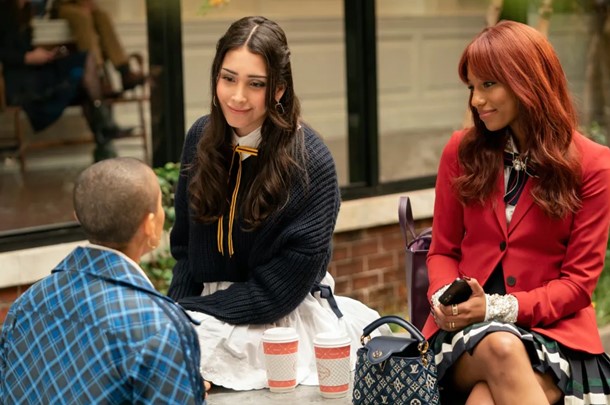 The song was played as Kiki, Aki and Audrey are walking home, and as Julien meets with Audrey, and Audrey tells her that Zoya was right, the day’s disaster was her fault.

Wet’s ‘Blades of Grass‘ is from the Brooklyn-based indie band’s third studio album’s Letter Blue, which was released in October this year.

It is the band’s first full-length album in three years, but sadly failed to chart.

Listen to Wet’s ‘Blades of Grass‘ as heard on Gossip Girl last night in the video, and on the band’s Letter Blue album.

With its angelic vocals and gorgeous melody, the track is a melancholy, regretful song about not having the courage to stand up for the things the singer believes in. Knowing that the person she loves will accuse her of that.