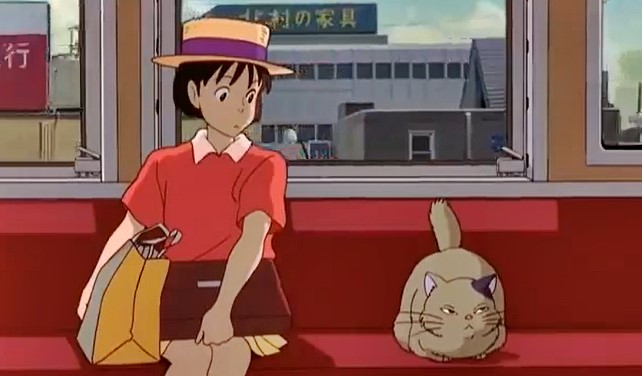 Getting up at 4:30am like I did this morning gives you time to do a lot of things, including watching Studio Ghibli’s Whisper of the Heart on Netflix. A full-length anime film I’ve had on my list for eons, until today when I finally watched it.

And, of course, like most people that see this utterly gorgeous coming-of-age film about rebellious Shizuku Tsukishima and Seiji Amasawa, the boy who falls in love with her, I was captivated from the first frame of this beautifully drawn film until its final scene.

One of the things that makes Whisper of the Heart so lovely is it being framed around the iconic John Denver song ‘Take Me Home, Country Roads‘.

Not only because the song itself is heard at the beginning of the movie, but because Shizuku is rewriting the lyrics in Japanese in the earlier parts of the film, because Seiji shouts it to her as he rides away on his bike, and because Shizuku sings the song as Seiji plays violin and his grandfather and friends accompany them on their musical instruments.

The Whisper of the Heart end credits also have Shizuku, played by Japanese voice actress Yōko Honna, singing the version of the song she sang with Seiji and his grandfather to end the film. 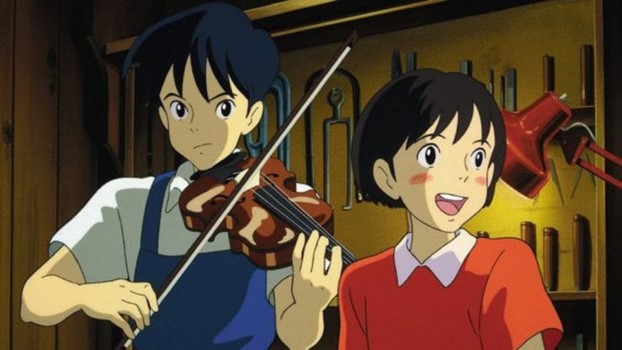 What was just as interesting to me, though, was the version of ‘Take Me Home, Country Roads‘ played at the beginning of Whisper of the Heart. A version I had heard before but, for the life of me, could not remember who sung it.

The end credits gave me that information.

It was Olivia Newton-John’s ‘Take Me Home, Country Roads‘ that played at the beginning of Whisper of the Heart, but was not a release written specifically for the anime film. 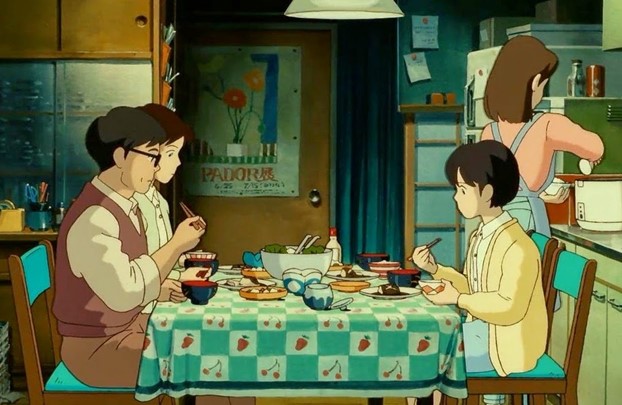 The song must have sparked something in the Japanese even when it was released long before Whisper of the Heart, however, as the song hit #6 on the Japanese singles chart back then, and has remained popular in Japan ever since.

Anyway, if you loved Whisper of the Heart, and the use of the song on its soundtrack as much as I did, listen to Olivia Newton-John’s ‘Take Me Home, Country Roads‘ down below.

A song that seems to have gained a whole new army of fans, after it appeared on Whisper of the Heart, if the YouTube comments are to be believed. 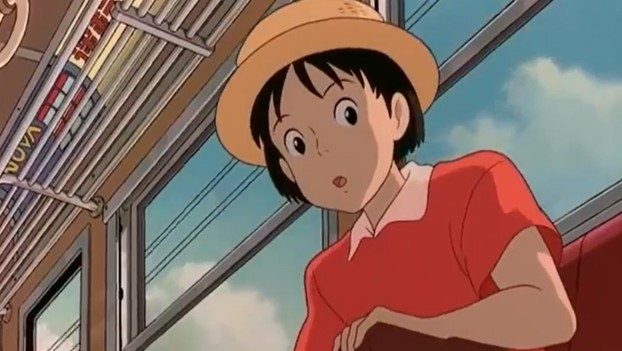 Oh, and don’t miss Shizuku singing ‘Take Me Home, Country Roads‘ in Whisper of the Heart either. Voice actress Yōko Honna performed that with the NHK Symphony Orchestra, and her version is just as lovely. You’ll find that down below as well.

Finally, if you have watched Whisper of the Heart, you will understand why I must include these lyrics:

“Concrete roads, everywhere… Cut down all the trees, filled in the valley! Western Tokyo! Tama mountain, My home town is Concrete roads!”

Whisper of the Heart itself is streaming on Netflix. If you love anime, this is one of the most perfect films ever made.