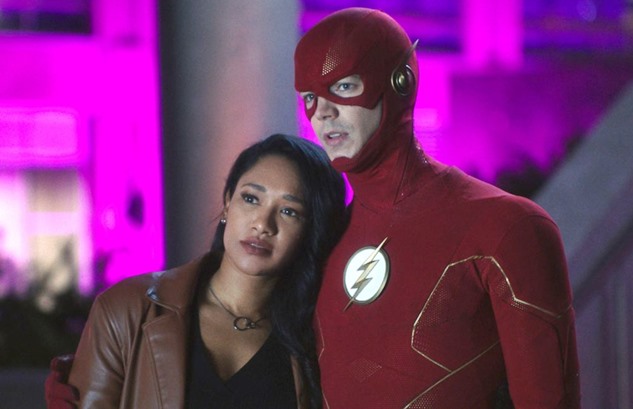 British indie rock band Yonaka’s ‘Teach Me To Fight‘ was played on the new episode of the superhero series The Flash last night — The Flash, Season 7, Episode 3, “Mother“, which aired on March 16th, 2021.

The song was heard as Flash, Vibe and Frost take on Mirror Monarch. It has also been featured on the TV series The Challenge and Fate: The Winx Saga.

Yonaka’s ‘Teach Me To Fight‘ is the title track from the band’s second EP, which was released in 2018 via Asylum Records UK. It is one of three EPs the Brighton based band has released, along with a debut studio album.

Yonaka was founded in 2014, gained a lot of attention on the BBC Introducing Stage at Radio 1’s Big Weekend, and then set off on a European tour with both British rock band Bring Me the Horizon and American rock band Fever 333 a couple of years later.

After several of their songs were licensed for popular TV shows they were signed by the indie label Fueled by Ramen, which received their very well-received debut studio album.

Listen to Yonaka’s ‘Teach Me To Fight‘ from The Flash in the video and on their four-track EP below and you’ll hear why.