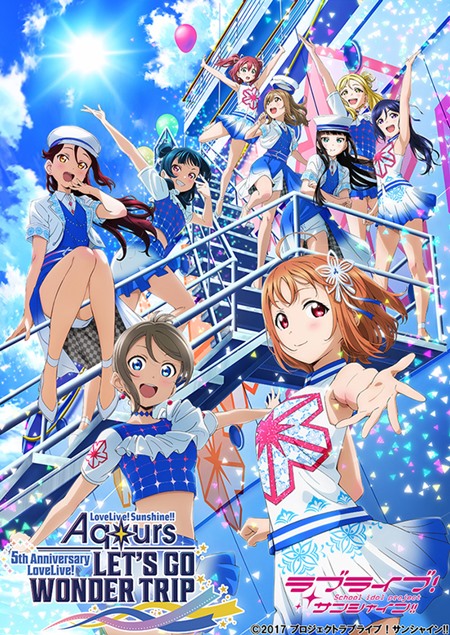 As the panic and hysteria over Covid-19, a virus with a 99.5% survival rate, continues in Japan and elsewhere, it has been announced the Love Live! Sunshine!! Aqours 5th Anniversary Love Live! ~LET’S GO WONDER TRIP~. outdoor concert has been cancelled.

The two-day outdoor concert was initially scheduled to be held at Tsumagoi Resort Sai no Sato in Kakegawa-city on May 1st and 2nd, but because of authorities’ panic over Covid-19, and the subsequent declaration of emergency, the concert has had to be cancelled.


Organizers have spent the last few weeks looking for an alternative date and time but, after much times spent, have decided it would be better to just cancel the Love Live! Sunshine!! Aqours 5th Anniversary Love Live! ~LET’S GO WONDER TRIP~. outdoor concert completely.

In their statement about the concert, organizers say:

“We had continued to make arrangements for a substitute performance, but with no prospect of the situation being resolved, we have come to the conclusion that it will be difficult to hold this concert in Shizuoka under the best possible conditions and have decided to cancel the concert itself. We sincerely apologize to all those who have been looking forward to the concert for such a long time. All of the Love Live! Sunshine! team memebrs will do our best to bring you a stage that will make you happy again.”

If you have already bought tickets for the Love Live! Sunshine!! Aqours 5th Anniversary Love Live! ~LET’S GO WONDER TRIP~. outdoor concert, you can get a full refund from 10am on June 22nd until midnight on July 21st, 2021.