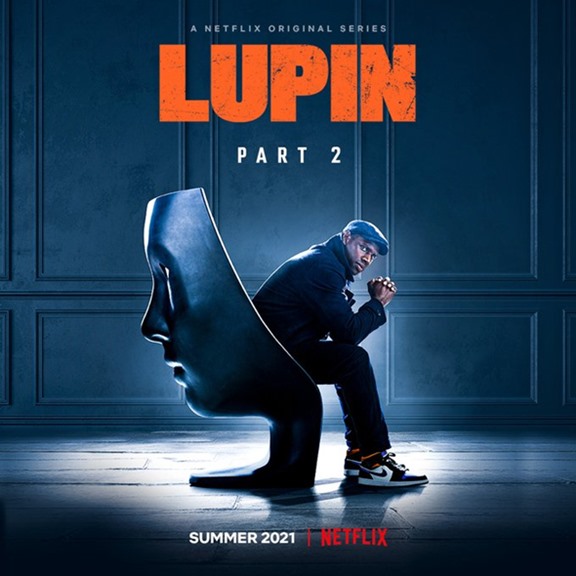 The French mystery thriller Lupin has been an enormous hit on Netflix this month, earning more than 70 million views in just January alone and hitting the top of the most-watched shows list in a number of countries.

In the United States, France and the U.K., the series gained even more viewers than The Queen’s Gambit and Bridgerton. Amazing!

No wonder then Lupin Part 2 will be coming back to Netflix in Summer, 2021 for another five episodes.

Lupin Part 2 will again star Omar Sy as the gentleman burglar of the show, along with Ludivine Sagnier playing his ex-wife Claire, Ludivine Sagnier as his son Raoul, and Hervé Pierre as Hubert Pellegrini. (continue reading after the music promo…)

Instead of Louis Leterrier or Marcela Said directing the new episodes though, the next two directors will be Ludovic Bernard (L’ascension aka The Climb) and Hugo Gélin (Mon Inconnue aka Love at Second Sight).

Bernard will direct episodes six and seven, with Gélin responsible for episodes eight, nine and ten.

Exciting news, as Lupin really is one of the best shows that has appeared on Netflix in a while.

No word yet on exactly when Lupin episodes 6-10 will drop, but our guess is sometime in May or June. Just enough time for people to be desperate for the next Lupin stories, but not enough time for them to forget our gentleman thief.

Until then, if you haven’t seen Lupin yet, you can binge-watch episodes 1-5 on Netflix. And, if you have, really, watch them again. They’re superb.