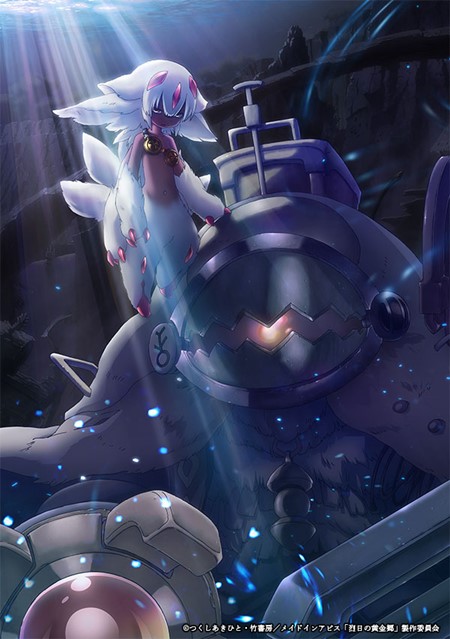 The long-awaited second season of one of the most popular anime series in years was announced today — Made in Abyss: Retsujitsu no Ougonkyo, in English titled Made in Abyss: The Sun Blazes Upon the Golden City.

The upcoming new TV anime will premiere sometime in 2022, and is based on the manga by Akihito Tsukushi.

The series will follow on from the events in the film Made in Abyss: Dawn of the Deep Soul, after Riko has earned her White Whistle and is starting her dive to the Capital of the Unreturned.

Along with the announcement, a Made in Abyss: Retsujitsu no Ougonkyo visual was also released today.

Readers of the manga series will recognize the character featured on the visual as Faputa — aka Princess of the Narehate.