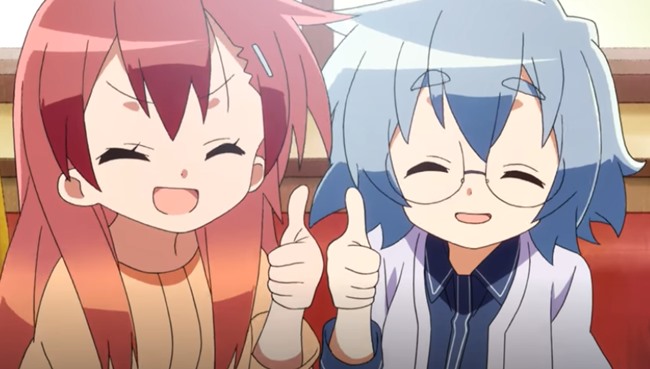 If you are looking for an anime that is a little different than the usual slice of life, cute girls doing cute things series, then you may want to check out Maesetsu!, a new original series about four girls trying to make it as stand-up comedians.

A world that isn’t touched in Japanese anime that much.

The first episode of Maesetsu! kicks off in Japan tomorrow, (Sunday, October 4th) and on Funimation soon after

Today, the series got a final  promo trailer.

And while the anime definitely looks like it has the cute girls fans enjoy so much, these four seem to also have a little bit more substance as they are girls who are very serious about their fledgling careers in the world of comedy. 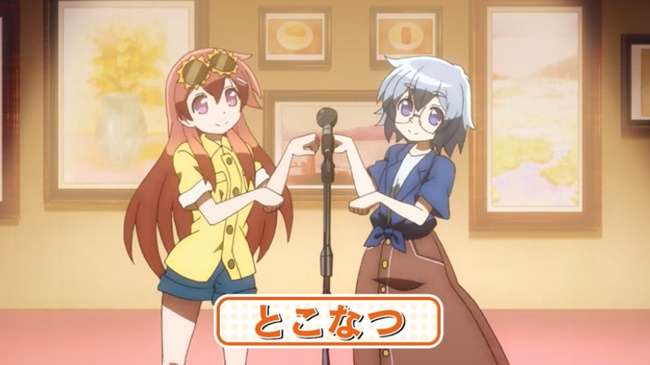 Maesetsu! is directed by Yuu Nobuta (High School Fleet), the adorable character designs are by Katsuzo Hirata (Angel Beats!), and series composition is being taken care of by Touko Machida (Wake Up, Girls!).

The just released Maesetsu! final trailer starts off like a Star Wars movie, (watch it, you’ll see what I mean) but soon develops into a promo that shows how lovely the fours girls are while also giving us an idea of what they have to go through to establish careers for themselves.

As long as they are successful in them while also being able to support each other, that is.

Watch the final Maesetsu! trailer below, then set your alarm for the first episode airing tomorrow on AT-X at 11 pm in Japan followed by the show running on TOKYO MX an hour later at 12 am.

Because this one looks cool.