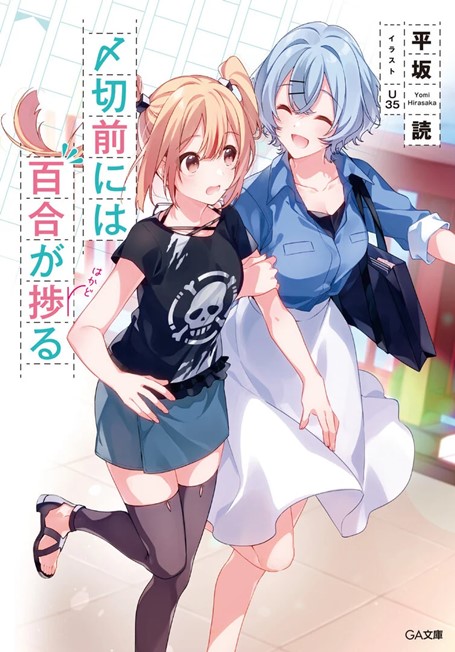 The news was revealed over the weekend in the latest issue of the Square Enix seinen magazine Monthly Big Gangan. The manga will launch in the magazine’s November issue, which will be out on October 25th.


In other words, if you have always loved the cute illustrations of Ayu Shirakawa and Yukari Ebiwara that come with the light novel, and have been dying to see more, well now you soon can.

The manga will be based on illustrations by U35, who drew the original character designs, but with Saki Sakida drawing the manga, and Manatsu Suzuki in charge of composition.

The great news about this too is, if there is a manga in the works, that just may mean a Making Progress on Yuri Before the Deadline anime series might not be far behind!

And yep, I would have that close to the top of my list to see.

By the way, just in case you’ve missed the Making Progress on Yuri Before the Deadline light novel series (there is one voluem currently out, with the second volume releasing next month) here’s the plot, and it’s as cute and sweet as you might expect:

Making Progress on Yuri Before the Deadline follows runaway Ayu Shirakawa, who gets a job as a live-in caretaker for busy author Yukari Ebiwara. As the two begin to bond, Ayu begins to worry as she develops feelings for Yukari she has never felt before.

If you speak Japanese, grab next month’s issue of Monthly Big Gangan to read the first chapter of the new Making Progress on Yuri Before the Deadline manga.

Otherwise, you’ll have to wait for the English translation.