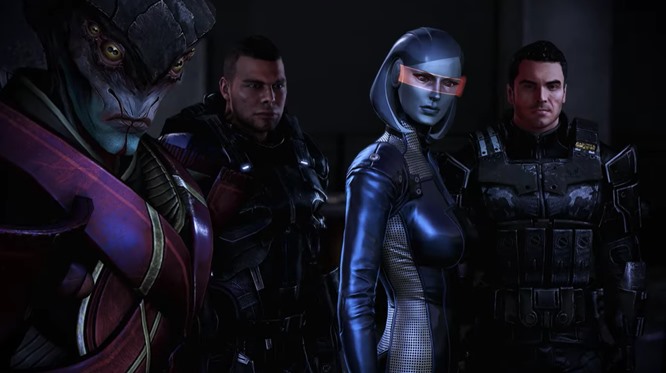 Mass Effect fans must be ecstatic today after EA announced Mass Effect Legendary Edition is releasing on May 14th.

Not only that, they also uploaded a Mass Effect Legendary Edition trailer that shows off just how utterly epic this collection is going to be.


So, what can you expect when the collection releases?

The question probably should be is there anything you shouldn’t expect, as this new version of one of the most popular action RPGs ever created is amazing.

All giving these three hit games a new lease of life and, hopefully, introduces these amazing games to a new audience that will love them just as much as we did.

Mass Effect Legendary Edition also features over 40 DLC, including promo weapons, armors and packs. All of which add even more cool stuff to an already incredibly exciting story.

And to say all of this stuff, including the three remastered games, can be grabbed for under $70, well hell, that’s one of the best deals of 2021 so far.

Check out the gorgeous Mass Effect Legendary Edition trailer just released today. Then head off to pre-order the enhanced trilogy because, if you like a epic space odyssey, there isn’t one better than this.

Mass Effect Legendary Edition will release on May 14th for PC, Xbox One, and PlayStation 4. It will also have forward compatibility and targeted enhancements on Xbox Series X and PlayStation 5.