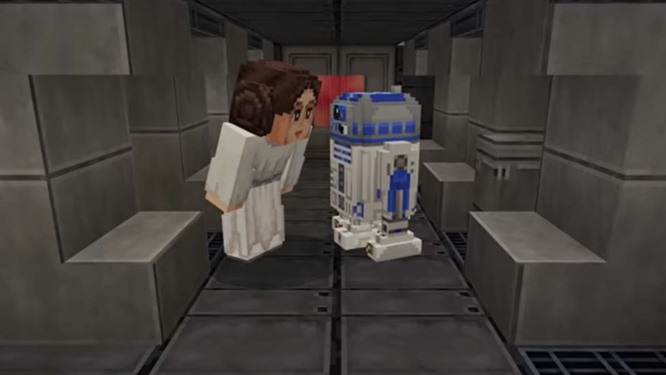 Fans of the original Star Wars films, and the latest offering The Mandalorian, are going to be happy to play Minecraft today.

At least if they don’t mind spending a little bit of cash first.

That’s because Mojang has just announced a brand new Minecraft Star Wars DLC featuring content from all three movies A New Hope, The Empire Strikes Back and Return of the Jedi, as well as skins, builds and items from the new series The Mandalorian.

The amount of content in the DLC is massive as it includes, skin packs, a texture set, mob and item reskins, a custom UI, vehicles, creatures, locations (including Tatooine, Hoth, Endor, Nevarro, and the Death Stars) and a licensed Star Wars soundtrack — all of which will make you feel like you are right there in the films.

Well, if the films were all blocky, that is.

You can play the DLC in survival mode and in creative, allowing you to either fight in various scenarios like you are Luke Skywalker or create your own iconic Star Wars builds.

Of course, as the Minecraft Star Wars DLC has been licensed through Lucas Films and Disney, it isn’t free. (article continues below…)

Instead, the price varies depending on what platform you purchase it on but, even with a purchase price, with this enormous amount of new content and endless possibilities for gameplay, it is definitely worth it.

Watch the cool Minecraft Star Wars DLC trailer below, and you will quickly see why.