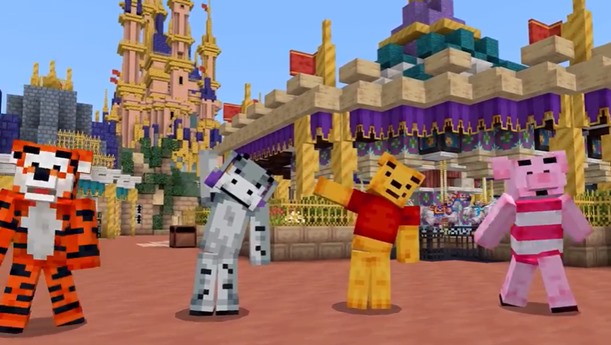 How cool is this?

Minecraft and Walt Disney have just got together and come up with one of the most fun things I have seen in the game in a while.

A Minecraft and Walt Disney Magic Kingdom DLC collaboration that allows players to head into a virtual Magic Kingdom, meet famous Disney and Pixar characters, go on all the rides and even put on different Disney skins.

I don’t know about you, but traveling around the Magic Kingdom in Minecraft while wearing a Winnie the Pooh skin is right up my alley.

The Minecraft and Walk Disney Magic Kingdom DLC is in celebration of the 50th anniversary of Disney World, and is available now in the Minecraft Marketplace.

Meanwhile, the launch trailer that has just been released shows just how much fun you can have if heading to the real Disney World isn’t currently in your plans.

Watch below. You, and your kids, are going to love it.