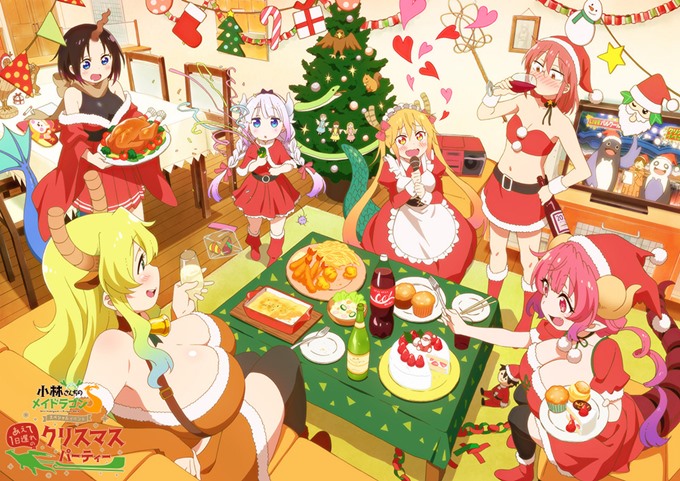 If you are getting ready to celebrate Christmas, the women (and Kanna) of Miss Kobayashi’s Dragon Maid are already one step ahead of you as their Christmas tree is up, turkey is being served, wine is being drunk and cakes are being eaten.

We know this because the anime’s official Twitter account has just released a Miss Kobayashi’s Dragon Maid Christmas visual that is adorable, as every female character is around a holiday table eating, drinking, bringing food or singing karaoke.

Now that’s a Christmas party I would love to be at.

The visual is to promote an event the Miss Kobayashi folks will be running in Japan on December 26th.

Enjoy the lovely visual and, of course, if you haven’t yet caught up on the latest season of the fantasy slice of life anime series — Miss Kobayashi’s Dragon Maid S — head to Crunchyroll to watch it.