The premiere of Miss Kobayashi’s Dragon Maid S is coming closer and closer, with only a few weeks left before Season 2 of the popular anime series airs in July, 2021.

In an effort to increase anticipation of the anime’s premiere, Kyoto Animation has been releasing a series of Miss Kobayashi’s Dragon Maid S key visuals.

Including the fifth key visual in the series, which came out earlier today.

This one is the final one of the series and features Elma eating the tasty stack of pancakes Tohru has just made for her. From the look on her face, she is enjoying every bite. 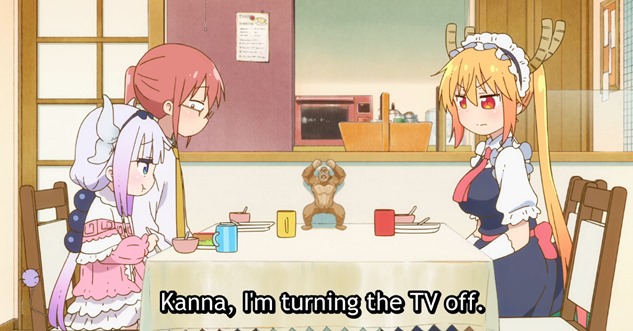 They are around 2 minutes long, currently streaming on Crunchyroll, and feature everything from Kobayashi being angry because she is late for work and Tohru didn’t wake her up, to Kanna so obsessed with TV she isn’t eating her meals.