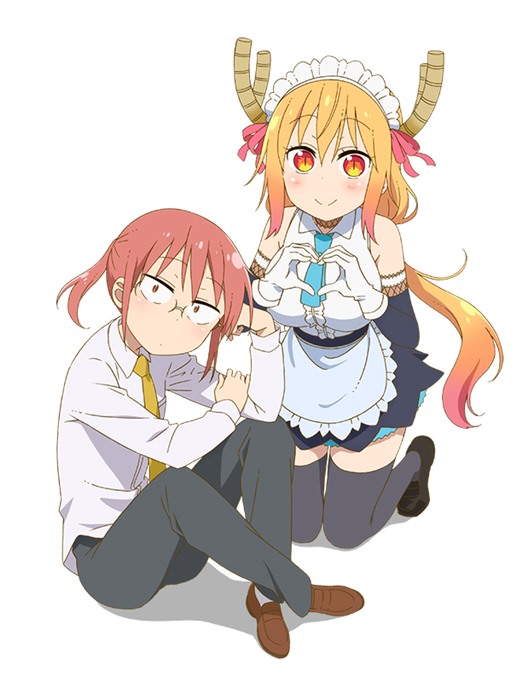 The official Miss Kobayashi’s Dragon Maid S Twitter account has released a new visual today that is the cutest thing.

The sweet visual features main characters Tohru and Kobayashi, with Tohru sending her love via a ‘heart’, while Kobayashi is being her usual stoic self.

The new Miss Kobayashi’s Dragon Maid S visual is the first of five that are planned to be released in coming weeks as a promo for the upcoming TV anime, which will premiere in July, 2021.

The Kyoto Animation anime is the long-awaited second in the series with fans a little nervous as to how it will turn out.

This is due to the second season being directed by Tatsuya Ishihara (Clannad). unlike the first season that was directed by the late Yasuhiro Takemoto. Takemoto, however, is being named as ‘series director’.

Yasuhiro Takemoto, of course, was sadly killed during the Kyoto Animation arson attack in July, 2019.

Miss Kobayashi’s Dragon Maid S is based on the manga series by Coolkyousinnjya, and will stream outside Japan on Crunchyroll.

A series of shorts — Miss Kobayashi’s Dragon Maid S Short Animation Series — is currently streaming on the same service as a precursor to the second season.

Until it arrives, watch the recently released trailer for the second season below.