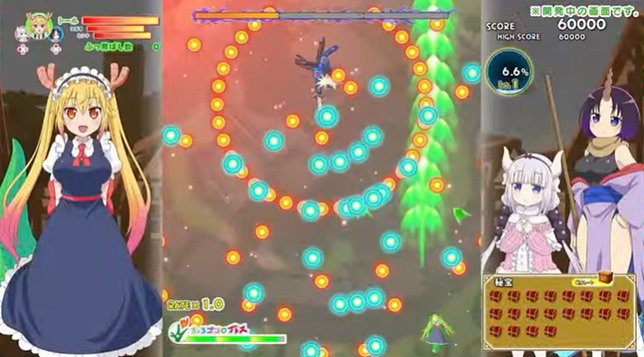 Only a short video, it will still give you some idea of what to expect when the game based on the Miss Kobayashi’s Dragon Maid anime series is released next year.

Sakuretsu!! Chorogon Breath is being developed by Tokyo-based Kaminari Games. It will be the first full-length game the developer has released.

Check out the Sakuretsu!! Chorogon Breath gameplay trailer below because, while I’m generally not a big fan of vertical shooters, this one features some of my favorite anime girls and looks like a heckuva lot of fun!

The game itself will be out on both PlayStation4 and the Nintendo Switch on March 24th, 2022 in Japan.

An English version of Sakuretsu!! Chorogon Breath is also planned for a Spring, 2022 release. Yay!!