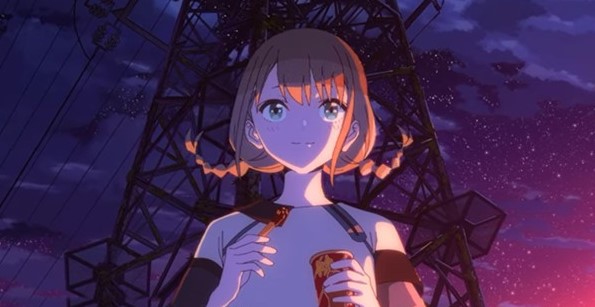 It has just been announced the upcoming MMORPG Gran Saga‘s theme song will be Japanese rock band Radwimps’ ‘MAKAFUKA‘.

Along with that announcement, a short trailer for an animated video to be called ‘Makafushigi‘ (aka Profound Mystery) was uploaded to YouTube featuring a snippet from the Radwimps‘ song.

The 30-second promo shows a boy and a girl — the boy as he lounges on a sofa in an apartment building playing a video game, and the girl sitting on top of her converted bus home.

The full video, which should be coming out next month, will follow the pair as they find their way through a deserted Tokyo, in a world where all the people except them have disappeared.

Radwimp’s ‘MAKAFUKA’ is also one of the tracks on the rock band’s upcoming new album Forever Daze, which will be out on November 23rd.

Watch the trailer for Radwimps ‘MAKAFUKA’ below, and enjoy that gorgeous animation. The song sounds catchy and cool too.

Gran Saga will go live on November 18th. There’s a trailer down there for the game as well and, yes, it looks like a helluva lot of fun.